Head of the Class

By Courtney on February 28, 2012
Cooper FINALLY started his first day of puppy school!!   After having lots of issues with the Petco training class, the manager at PetSmart invited us to try out their training classes.  I’m pretty sure this could be one of the luckiest breaks Cooper could have gotten!!  Their trainer is amazing!!  She kept the class informative in an engaging way!
We got there a little early, so we walked around the store. Since they had a scale there, we decided Cooper needed to be weighed!  Our boy has really grown! He is now 29 lbs!!!  When we finally got in to the classroom area, Cooper proceeded to pee twice.  We’re so proud!  lol! He just gets really excited. 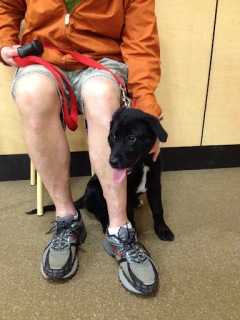 Cooper started out very shy.  He had to be near Mike, I’m not sure if he thought he was protecting Mike, but I think that could have been running through his mind. 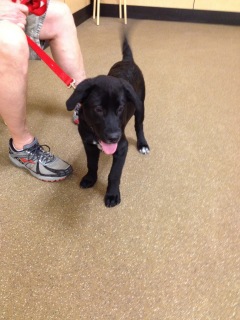 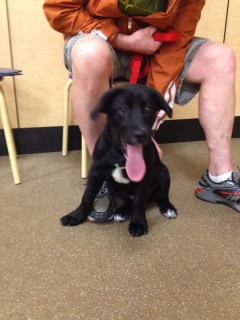 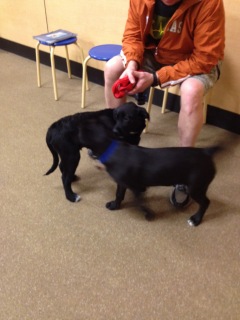 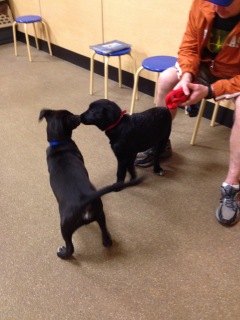 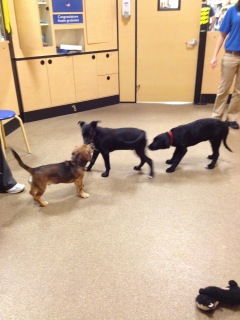 There are three dogs in the class.  Cooper and two dogs named Charlie.  Black Charlie looks a lot like Cooper, but with shorter hair.  That was his best friend during socialization time.  Brown Charlie really was kind of nervous with the other two. 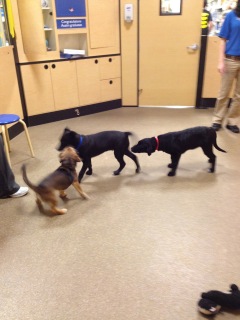 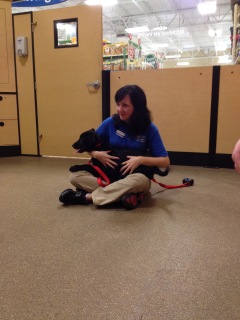 The trainer seemed to like Charlie and used him as an example a couple of times.  She said that he is an English Lab, so Mike and I will have to start speaking to him in a British accent! 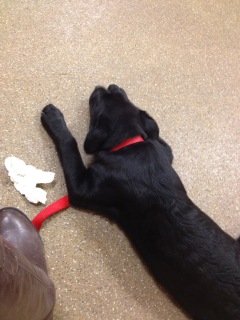 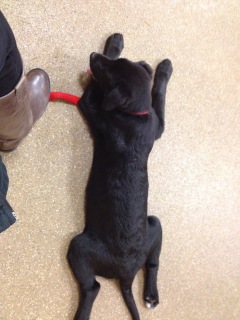 By the end of class, Cooper was beat!! He had a great time and we learned a lot. I can’t wait to do some of the things that the trainer taught us!!