My mom had a Mustang convertible when I was younger.  Once she was done with it, my sister owned it until she got out of law school. I don’t think either of them ever really wanted to even give it up.  So when I went to get a new car, I decided it was MY turn to own one!! I have been leasing  a car for as long as I can remember.  It has never been a problem for me because I don’t drive that much, so I can usually stay within the mileage allocation.  The last car I got was a Volvo C70 and I loved it, but I was always worrying about miles.  It’s probably my favorite car I have ever owned…until now!!

I went to Park Cities Ford yesterday to look at the Mustangs and ran in to my favorite Ford Car Salesman ever, Jeff Little.  He didn’t waste my time and kept things moving.  Most of the time you end up spending too long at the car dealership, but not with Jeff.  He knows how to keep things on track and had me out of there with the most beautiful Ford Mustang ever!  When they didn’t have exactly what I wanted, he personally went and picked up a different car from the sister dealership so I could have the perfect car.  (I got the V6 with the pony package.)  If you are in the market for a new car, I highly recommend going to see Jeff Little at Park Cities Ford!

I really need to start eating a little more healthy. I’ve been enjoying my time back in Dallas so much that I haven’t been watching what I eat. It’s time to get back on track and what better way than to eat chicken.

Pour about half the bottle of Italian Dressing on the chicken and cover. 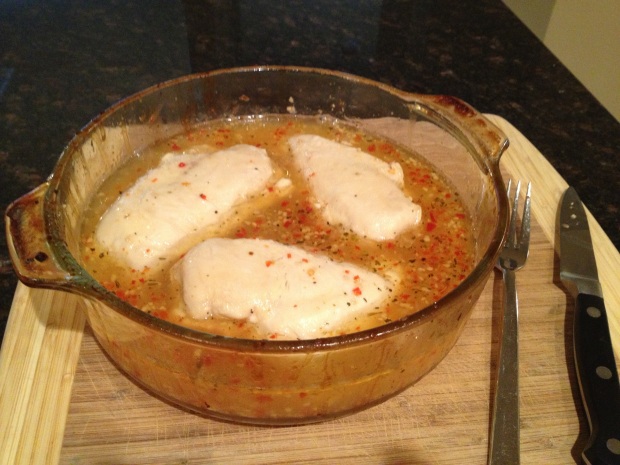 Now that I’m back in Dallas, I have to take my turn making breakfast for everyone on Sundays.  I am getting much better at cooking and almost had my breakfast timed out perfectly.  Had it not been for my breakfast casserole taking longer than it was supposed to, I would have had breakfast on the table for everyone right when they got here.  It ended up taking a lot longer than the recipe said it would. It might be because I doubled the recipe I found at The Real Housewife blog.  It really didn’t matter though.  It all tasted great!!

Blend the eggs, milk, and bisquick 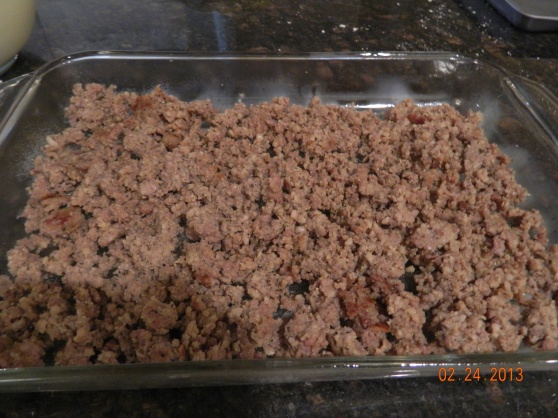 Put the sausage on the bottom of the casserole dish 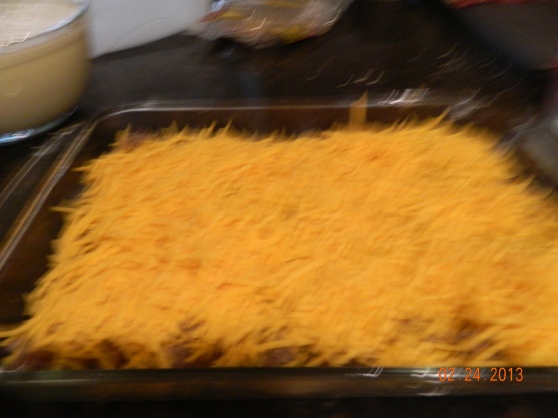 Cover with cheese (sorry about the blurry picture)

Dump the egg mix on to the sausage and eggs

Put in the oven at 350 for about 45 minutes.  Stick a fork in it to make sure that it is cooked all the way through. 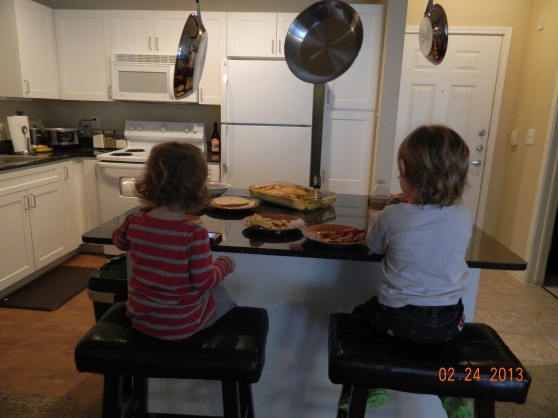 I moved back to Dallas and got an apartment until I can figure out where I’m going to be permanently.  I needed new furniture, so I went to Rooms To Go and bought one of their TV packages.  I got a couch, love seat, 2 lamps, 2 end tables, a coffee table, a TV stand, and a TV for under $2500!!  The nice thing about the package is that you get to mix and match the accessories with the couch.  If you don’t like the coffee table that is shown, you can find another one for the same price or pay extra for one you like.  I also bought a picture for over the couch and a rug to help tie the room together. 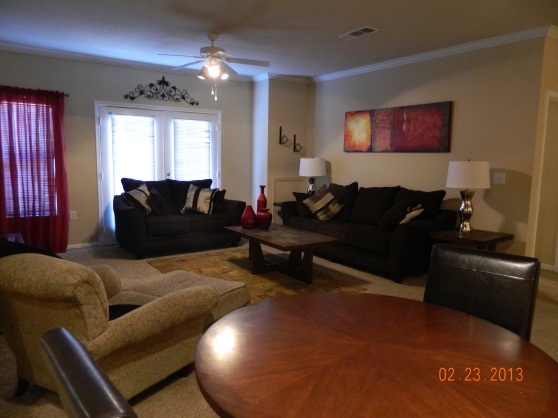 The TV is from Best Buy.  Once the furniture is delivered, you go pick up the TV at your convenience.  When I called to make sure the 51″ Samsung Plasma TV that came with the package was in stock, I found out that it wasn’t.  The man suggested that I get a 50″ Insignia LCD TV for a few dollars less and that would leave me some to spend.  Instead, I found a 55″ Insignia LCD TV on sale for $599, so I added some money and got that instead.  My motto has always been the bigger the better when it comes to TV’s! 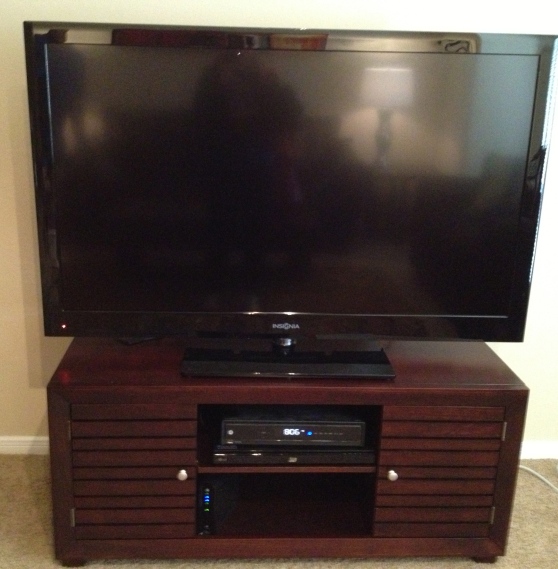 So I moved to Dallas.  I have no idea whether I should just keep my blog name as is or start a new one.  I’d hate to lose all the traffic I have here though.  Does anyone know any way to keep the traffic and change the blog name?